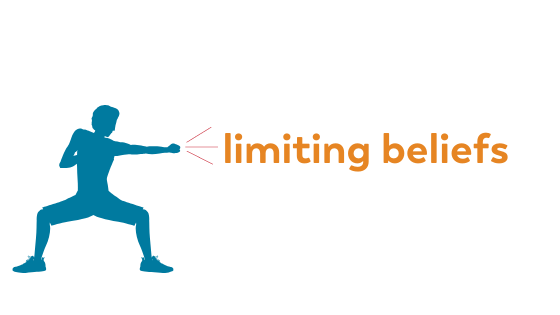 Circumstances vs Self Doubt

Next week I will focus on the self limiting beliefs, but this week we are focusing on circumstances.

How to spot a circumstantial limiting belief

I find circumstance based liming beliefs a little easier to find. Why? They are the actual hurdles towards getting to the goal. They are a bit more physical in nature and feel like barriers getting in the way of your path. (Compared to more emotional ones, things we believe about ourselves.)

I can easily rattle off the top of my head the circumstances that try to limit me in eating well and exercising:

I already get up early, I can’t get up any earlier

Because I get up so early, I’m too tired at night

I already have to pack so many things for my kids, it’s hard to remember to pack all my stuff too*

*PS my goal during the current Focus Challenge is to not eat my kids snacks, which forces me to pack my own food and keep my food stocked at home!

I could go on. The point is, if you take a moment you’ll easily be able to spot circumstances in your season of life that want to steal away your time and attention from health goals.

Does it feel like a fine line between giving an excuse and stating your circumstances?

It’s my feeling that stating a circumstance is not always an excuse. It might simply be the reality of what life is like right now.

But here’s where an excuse can be helpful. Could it be that the excuse is the symptom of an underlying limiting belief?

Going back to my example of exercise being too hard with young kids. On one hand, that sounds like a big fat excuse. However, it’s genuinely how I felt. If someone told me I was making excuses, that would only make me feel hurt, misunderstood and unappreciated.

But really, instead of seeing it as an excuse, I could look at it as a symptom of a limiting belief. Could it be that I’m assuming exercise has to look a certain way and I’m too busy for THAT version of exercise?

Exercising with young kids is too hard.

Well, define exercise. If you think it needs to look like an hour at the gym everyday, then your circumstance really is a barrier. That’s not an excuse, that’s reality.

But can you redefine exercise? Is it too hard to do a different version of exercise with young kids? Is this a limiting belief of what exercise has to look like to count??

Sometimes what feels like an excuse, is actually a symptom of a limiting belief. Uncovering the limiting belief gives you room to challenge that belief and potentially stop holding you back from experiencing more.

Experiencing more progress. More life enjoyment. More goals. More peace. When you’ve been feeling held back and you realize you no longer have to be, it can be incredibly freeing.

Take a moment and jot down all the circumstances that are barriers to your goals.

If you find yourself feeling like you are “full of excuses,” write those excuses down and look at them as symptoms. What limiting belief could those symptoms be pointing to?

By the way, if you are participating in the Fall 2019 Get Focused Challenge, we’ll be talking about limiting beliefs and busy schedules on our live call this Sunday, November 10th at 6pm and 8pm Central!

New to my site? Don’t miss the next blog post in this series! Subscribe to my emails :)