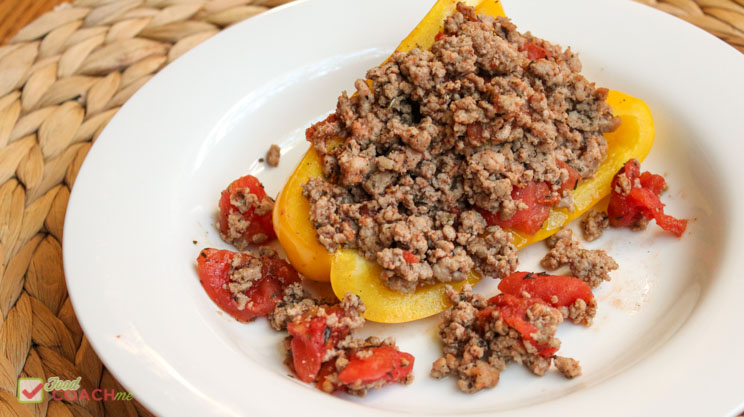 Bake stuffed yellow peppers in a skillet to save on time

Packed with protein, low in carbs

There are two vegetables that I love that “stuff” with lean protein.

They are easy, yummy and have great texture! These recipes are great for weight loss surgery patients because you can keep your protein and vegetable in one recipe and it helps you not to miss the starch with an exciting meal.

In addition to this stuffed yellow pepper skillet, here are a few stuffed pepper recipes on FoodCoach.Me: 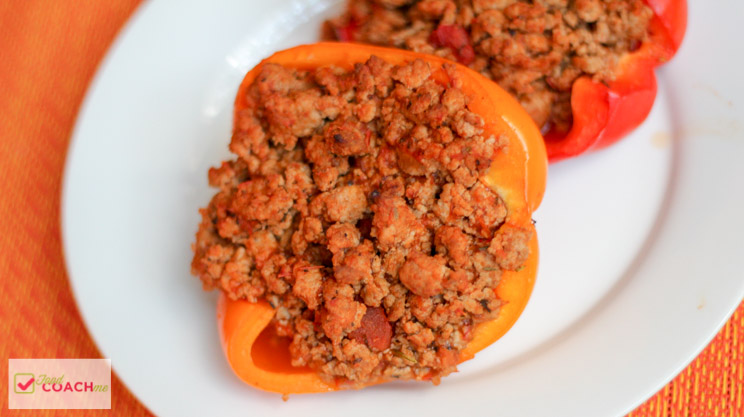 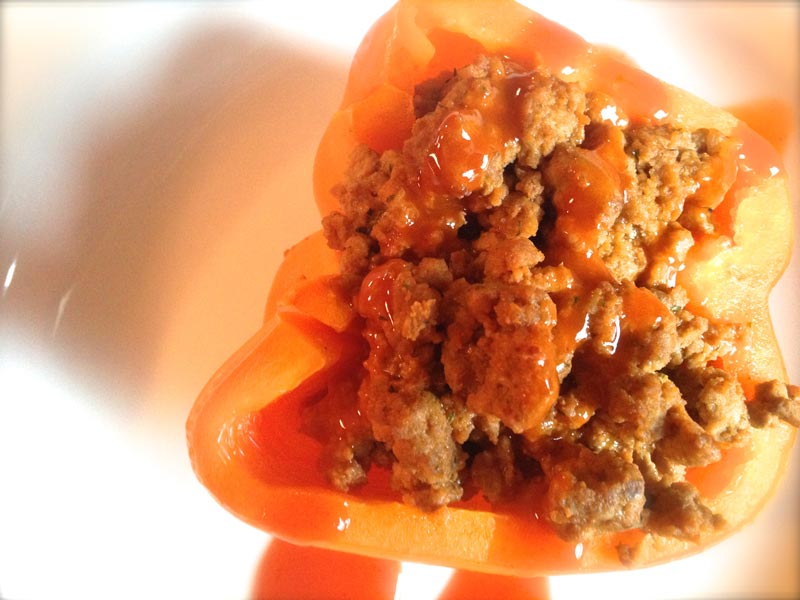 And here are some stuffed zucchini recipes! 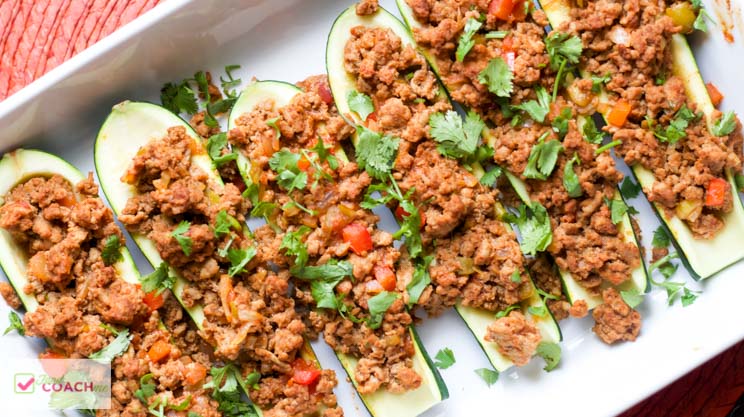 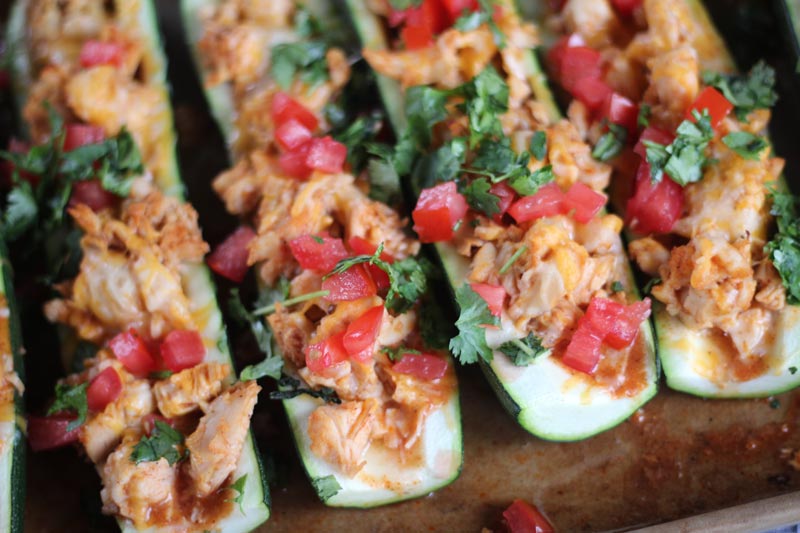 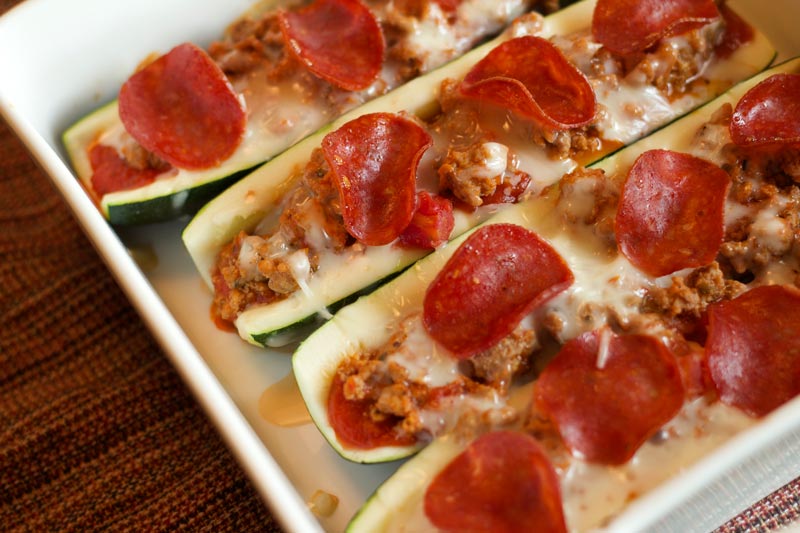 Save time and dishes, use one skillet

While I forgot to take the photo of the skillet itself, for this recipe I used a cast iron skillet.

I browned the meat, drained, added seasonings and canned tomatoes because that was what I had in the house! Then I cut and seeded the bell peppers and settled them into the skillet in the middle of the meat mixture. I used a spoon to scoop meat into the peppers but placed the whole skillet into the heated oven.

My thought on this was to bake the peppers with the juice on the inside and outside of the pepper. My other thought, when I make stuffed peppers I always have extra meat. At this step I could have packaged up the rest of the meat and poured a little broth in the bottom of the pan instead. I left it all in the skillet this time.

I prefer my peppers a little less cooked than soft and overcooked. I baked the peppers for maybe 15 minutes and the ground beef with tomatoes did not dry out. If you like softer peppers, you can bake for longer and add extra tomatoes or beef broth to keep moisture. 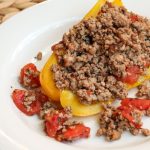